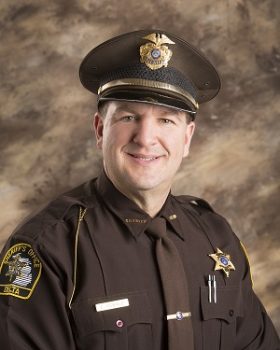 “I graduated from Bark River-Harris School in 1985 and attended Northern Michigan University from 1986 to 1990 majoring in Law Enforcement. In 1990 I was hired by the Crystal Falls Police Department. On January 5, 1991 was hired by the Delta County Sheriff Department. I worked the midnight shift, and in April 1997 was promoted to Sergeant. I continued on the midnight shift through most of my time as Sergeant. In 2003 I was appointed as Undersheriff at Delta County and worked the position until 2013. In 2014 I was appointed to the position of Delta County Sheriff.

I worked most positions within the department including, Marine, ORV, Snowmobile and Secondary Road Patrol grant position. 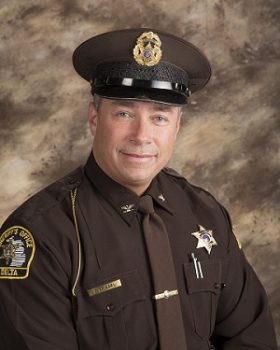 I graduated from Gladstone High School in 1985 and from Northern Michigan University in 1991 with a Bachelor of Science degree in Law Enforcement. My first Law Enforcement job was with the Shawano County Sheriff’s Office in Wisconsin. I was hired in 1995 by the Delta County Sheriff’s Office as a Corrections Officer and I started working Road Patrol in 1996 after finishing the NMU Regional Police Academy. I  held the rank of Sergeant from 2003 until 2010. I was then promoted to Lieutenant in 2010 until I was appointed Undersheriff in 2013.

We have a hardworking, professional staff at this department  and I’m very proud to serve with each and everyone of them.

You are now leaving Delta County

Delta County provides links to web sites of other organizations in order to provide visitors with certain information. A link does not constitute an endorsement of content, viewpoint, policies, products or services of that web site. Once you link to another web site not maintained by Delta County, you are subject to the terms and conditions of that web site, including but not limited to its privacy policy.  The website will be opened in a new window or tab.

You will be redirected to